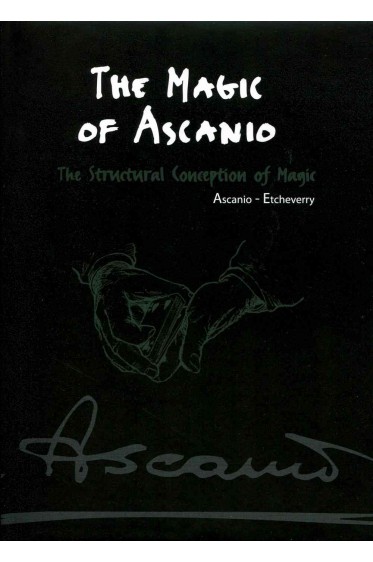 THE STRUCTURAL CONCEPTION OF MAGIC

Compiled and Written by Jesús Etcheverry

The Maestro left us the 6 of April of 1997, but his magic remains alive. The Magic of Ascanio, in four volumes. His theories, his thinking, his philosophy, and the entirety of his card magic, including his legendary routines (with over thirty previously unreleased tricks), full of the Ascanian touch, and his magic with pocket knives.

The first volume includes:
The Structural Conception of Magic: Technique, Construction, Cover, Presentation, How to Study Magic. Ascanio's previously unpublished essays: Thoughts on Creativity, Theory Notebook of 1970. His classic articles on theory: Conception of the Magical Atmosphere, Analysis of a Trick, On Misdirection, The Fundamentals of Timing, Know Yourself, The Psychology of Palming. The interviews: Interview with a Genius of Magic, by Juan Tamariz, A Biographical Interview and My Character, by Docampo. Three juicy conversations: Arturo and Juan Chat. An essay by Aurelio Paviato.

On Volume One - The Structural Conception of Magic

The result is the most important theoretical book on magic ever written.

...I was tempted to say this book will make you a better magician, but nothing can do that but yourself. What it does is show you the way. Whether you take it or not is up to you, but at least you will know what magic can be. A book for all time and a must read.
Phil Willmarth
The Linking Ring. May 2005


This book is so good that all I really need say is "Buy it, you won't be disappointed."
Michael Close
MAGIC Magazine, April 2005


Now all of Ascanio's theoretical work has been assembled in the first volume of a planned trilogy on the magic of Arturo de Ascanio.

The 30-page segment on how to study magic will be immensely useful to any student in the early years of his or her approach, and I highly recommend it to anyone attempting to approach the art in a serious manner.
Jamy Ian Swiss
In Genii, March, 2005


In the first of four volumes of The Magic of Ascanio to be published by Páginas can be found some of the real secrets of magic, the ones you won't find in any other book.
Matthew Field
The Magic Circle Circular. May 2005

On Ascanio
Described as the Dai Vernon of Spain, Ascanio cared about magic so passionately that he devoted much of his life to thinking creatively, profoundly, and brilliantly about it: what it is and can be, how it is performed. No detail was too unimportant to escape his attention.
Incidentally, lest you think Ascanio did not practice what he preached, he was a FISM card champion (as an amateur!).
Phil Willmarth
The Linking Ring, May 2005


Ascanio is gone, but his work is just arriving for some of us. And thus great art continues to live beyond the life of its artisans.
Jamy Ian Swiss
In Genii, March, 2005 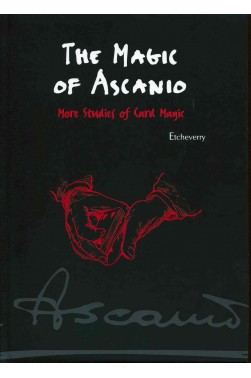